Change management in the Cabinet

The Conservatives' majority at the election led to a Cabinet reshuffle from David Cameron. We said goodbye to several Liberal Democrat MPs and hello to some lesser-known Conservatives. Although Cameron hasn't moved many ministers to different departments, it'll still be a change for them all. 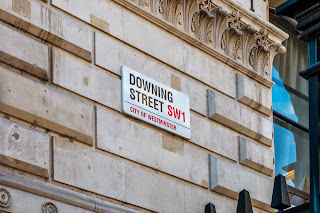 We think this is a good opportunity to talk about change management. Whenever anyone joins a new organisation, they have to adapt to new ways of working. Or, if you're a manager taking over a team, everyone has to co-operate to find places where the existing methods work well, and where you can bring in new ideas that have been successful for you in the past.

Big changes can be disruptive. And you could argue that the country as a whole will be dealing with some big and disruptive changes the government has proposed: repeal the Human Rights Act, devolve more power to Scotland and some English cities, cut the welfare bill by £12bn, hold a referendum on EU membership, expand the Right to Buy scheme and offer more free childcare to working parents.

The civil service, local councils, the NHS and the education system will all have to adapt to these changes. We suggest they think about:
If you need help with managing changes, big or small, give us a call.
Posted by Will at 08:12