Last week's election delivered a few shocks. Both the Liberal Democrats and Labour lost a lot of seats. We're just speculating, and we're not entirely serious, but maybe they'd have been more successful if they'd applied some of the principles of good Customer Relationship Management to how they ran their campaigns. In fact, maybe more MPs could use CRMs to manage the relationship with their voters more generally. 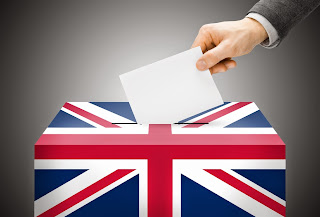 What do we mean? Well, many candidates deliver flyers to every house in their target constituency. This obviously costs quite a lot. They might be able to make better use of their resources by working out who they should target with mass mailings.

They'll know who else is standing and maybe some of their assistants, so those names can be safely removed. Then anyone who's donated large amounts to other parties - you're unlikely to swing them either. It's a start, but it's saved you a few dozen leaflets.

The next step might be to exclude everyone who's a member of your party already from the mass mailing (obviously excluding your volunteers and anyone else whose vote you can be certain of). Then maybe design a special campaign for them. This could talk about your core values and try to appeal to them personally. People appreciate feeling like they aren't just another name in a mail merge, so addressing their interests and concerns could help get them donating or volunteering - as well as their vote on polling day.

Candidates could use a CRM system to store all this information and use it to manage who to approach and how. We think this could really help you make your money go as far as it can if you're in a marginal constituency and are expecting to do several rounds of flyering.

Another example of poor political CRM: in Scotland,  the progressive-left SNP was much more popular than centre-left Labour, who had advocated retaining the status quo by opposing an independent Scotland. Labour's 'marketing' in Scotland could have been better targeted to appeal to voters who wanted more powers devolved from Westminster. Or Labour could have made more of the party's history as the home of many Scottish political heavyweights. Or maybe they made the wrong decision by sharing an anti-independence platform with the Tories in the first place.

Labour also lost votes in northern cities to UKIP. By trying to appeal to potential UKIP voters, they may have lost part of the non-white vote and other liberal pro-immigration voters. Or maybe they failed to understand and address local voters' worries in other areas. In both cases, it seems Labour failed to understand its existing 'customers' or its potential new ones.

Knowing which groups you're marketing yourselves for is just as important for political parties as it is for companies. Alienating your core vote (or market) by trying to diversify can often hurt more than it helps. Maybe managing campaigns with a great CRM system could help decide who to target and how to target them.

Finally, we think there's a lesson to learn from the election for pollsters. The pre-election polls were all rather wide of the mark. This may have been because they used outdated methods and nobody has looked at how they're done in a long time. Pollsters need to analyze their processes, make improvements and to ensure they're more accurate next time.

So what do you think? Are CRM systems the future of political campaigning or not?