Facebook recently introduced a new way for people to view content. People using the Facebook app on iOS will be able to read articles without leaving the Facebook app. The first nine companies to be involved with these Instant Articles are: The New York Times, National Geographic, BuzzFeed, NBC, The Atlantic, The Guardian, BBC News, Spiegel and Bild. 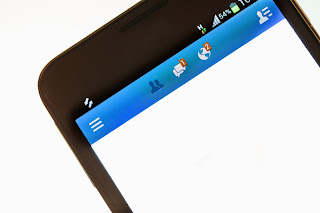 The advantages for them are that they get to use Facebook's platform, but keep their design, branding and ad revenue. The advantage for Facebook is that the app user won't have to wait for a
n external website to load, which tends to be the point that most people stop using their app.

This idea of saving time is the really important part about instant articles for us. For many users, a good interface is more important than accurate information. Take Google, their simple logo + text box design has barely changed in nearly 20 years because it's simple and it works. The minimalist layout meant that in the slow days of dial-up internet, their page loaded quickly, so people could search faster. And they still include the amount of time a search takes (even if it's now down to fractions of a second), because speed is and always has been important to their users.

If your CRM system has a user interface that you find clunky, slow or difficult, it lowers your productivity. We can help improve it. We'll take the same approach as Facebook did with Instant Articles: we just need to understand where the bottlenecks are and to remove anything that's slowing you down.

This could be as simple as changing information boxes that are mandatory - but end up filled with 'N/A' most of the time - so they're no longer mandatory. Or it could be as complicated as carefully going through the whole process and working out exactly how much time is spent on each part of the it and what takes longest and why.

Whatever is slowing your processes down, we'll make sure our solutions don't damage the process in a different way. You'll have faster, smoother processes and more time to spend on your customers.
Posted by Will at 06:54