How NatWest could get more out of its CRM system

Are you making the most of your CRM system?

Let me back up a bit and tell you a story. NatWest has been in the news again recently because of a technical glitch that has caused problems with payments to and from customer accounts. What's more, this isn't the first time some of its customers have been struck with exactly this problem. We think it's fair to say that a bank account that has trouble with sending or receiving payments on such a frequent basis is really no bank account at all.

With NatWest's IT department and banking associations blaming aging systems that are too expensive to overhaul, I'm sure some customers feel they're owed more than a refund for overdraft fees, late payment charges etc. 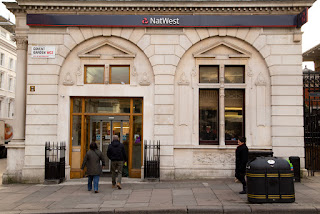 NatWest and RBS need to address the problems these continual glitches are causing to their reputation. If they can't afford to replace or fully fix the systems, they have to fix their reputations by owning up to that. Some well-placed adverts claiming responsibility for the mistakes and apologising, simply and honestly, would go a long way to repairing the damage.


But apologies are just the start. Our consultant, Artur Oganov, had this to say, 'Perhaps NatWest might want to use its CRM system to identify which customers have had trouble because of the glitches - recently and longer ago. It could use this data to give them special perks to help compensate them for the poor service they've received. This would help them convince customers that they really sympathise with their frustrations and hopefully keep them from switching to another bank.'

NatWest isn't really making the most of its CRM system. And the question remains, are you?