Is the sun setting on fossil fuels?

Granted, it's not the most reactionary language, but it's still startling to see a prominent person from the oil and gas industry admitting that it's time for a change. And it's clear that shareholders are realising it too - resolutions tabled by some of the industry's harshest critics have starting finding their way onto some shareholder meeting agendas. 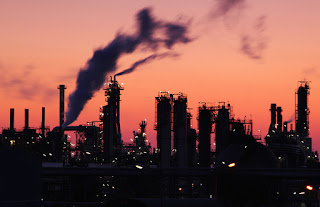 We think this represents a great opportunity for fossil fuel companies to prove they can listen to their investors and make changes that will ultimately benefit everyone on the planet. They need to seriously consider the future and start developing processes that will change their businesses from being almost exclusively about oil and gas to being all about renewable energy. A big industry-wide change is not entirely unprecedented. After all, the fossil fuel industry moved away from coal in the 1980s and 1990s - the very fuel that had been its backbone for over 100 years.

Redesigning and re-engineering processes of this scope across several enormous multinational companies (some of which are state-run) requires co-operation from governments and workers at every level of the business. And many companies see little point in deliberately hamstringing their profits. In spite of Moody-Stuart's comments, they must worry that shareholders will be concerned only with the size of their dividends and are keen to stick to what they know.

That's one reason that change has been so slow. And the other, of course, is the difficulty of managing our existing ways of living. Electric cars have come a long way, but they're still relatively rare compared to fossil fuel cars. If the world's governments banned driving petrol and diesel cars tomorrow, you can be sure that only a few people would obey.

But the change remains worthwhile, if less popular and profitable in the short term. And, in the end, change is inevitable. The sooner Shell and others start to make concrete plans to deal with the biggest change their industries have ever seen, the sooner that they'll regain investor confidence.