Last week, the Bank of England announced that it plans to publish new rules in 2016 on how retail banking should be ringfenced and protected from investment banking in large British banks. These proposals have been on the cards for a while. They're mostly designed to prevent the kinds of bank failures that end up with ordinary depositors losing their money, as happened at Northern Rock in 2008. 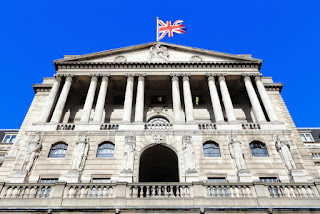 The Bank of England's measures can be seen as a form of risk management. The new rules are designed to protect the government as well as depositors. This is because the Financial Services Compensation Scheme guarantees individual deposits of up to £85,000 - so if a bank collapses, the government (and, ultimately, the taxpayer) picks up the bill.


I'm sure most of us would rather that banks that make poor investment decisions punish their shareholders rather than people who've deposited money with them - or us taxpayers.

These ringfencing changes mean that the investment arms of banks will be investing more of their own money. If you work in an investment bank, you're obviously not investing your money, but you do assume some of the risk. After all, if the investments the bank makes are bad, you're likely to lose your job. So you need to be responsible, and to make sure that your colleagues aren't taking on more risk than is safe.

Improving your automated risk management system could help with this. You'll be able to easily monitor what your colleagues are doing and get a look at your risk profile across the business. We've got expert developers who can help out, so get in touch if you need us.