Should the Royal Mail abandon the letter? 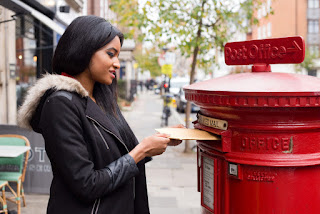 The Royal Mail, although no-longer state-owned, is a British institution. But it's struggling to deal with a world of email, text messages, Twitter, WhatsApp etc.

The number of letters it handles has been dropping, and its parcel business could be in trouble from competition with companies like DPD and big customers like Amazon jumping ship to set up their own services.

We think that the way the Royal Mail has tried to focus on the parcel side of the business is a smart move. It now makes up nearly half of their turnover. But there is undoubtedly still a need for letters - I actually got back into the habit of exchanging letters with a friend recently. There's nothing quite like hand writing a note to make a message more personal.

So how should Royal Mail operate its letter service? Well, we think it might make sense to run letters as a loss leader, or maybe with a very slim profit margin. We think putting up the price of stamps is only going to discourage ordinary people from sending letters. It could pass on price increases to corporate customers, who will probably send out mailshots regardless. (And, if they decide not to, I know I'd be happy to get less junk mail!)

Tied to this, it could run an advertising campaign on another relic of the pre-digital age - the television. A nostalgia-based message all about the personal impact a letter can have could resonate with a generation who've seen incredibly rapid changes in communication. I'm just about old enough to remember a time before mobile phones - when you would have to call someone and hope they were home, or else you wouldn't be able to get in touch. And with the current 90s revival in vogue, it might just work.

If the Royal Mail stuck to a good message and tried to make the process as efficient as possible by e.g. reducing the number of days that postmen deliver (after all, who cares if a letter is a day late. If you're in a hurry, you'd be using email) we think it could still turn its fortunes around.
Posted by Will at 01:32