When's the best time to increase your prices? 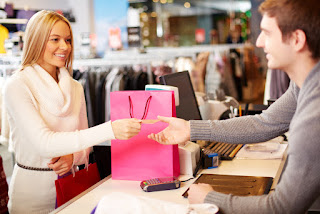 John Lewis recently announced that it will start charging a £2 fee for customers to collect items they've bought on its website from stores unless they cost more than £30. And last week, Tesco said it's charging more for delivery too - it already has a minimum order of £25 and charges delivery fees on top of that. It's going to start charging an extra £4 if your order is less than £40. This also applies to in-store collection. These two recent changes come on top of Amazon raising their threshold for free delivery to £20 earlier this year.

These higher costs reflect the fact that having someone pick out specific goods for an order takes time and effort - there's a reason that grocers/supermarkets moved to a self-service model in the first place. The companies have calculated the costs involved and, even when trying to make them as efficient as possible, realised they couldn't afford it at the prices they were charging.

We don't think this is a cynical cash grab. They're simply changing their processes when they are no longer economical so they better reflect the costs involved.

So when is the best time to introduce a price increase? We think that John Lewis actually chose a great time. By doing it right after Tesco, it suggested that this was an industry-wide thing, and it was simply following a trend.

Our consultant, Artur Oganov, said, 'This is a good plan for John Lewis. They haven't increased prices by more than they need to so customers will continue to trust them. They're good at that. Tesco has lots of other problems, so I think this will slip through the net in terms of how people think about them. Amazon, as always, sings from its own hymn-sheet. Predicting what it's going to do or trying to copy it is a risky business.'
Posted by Will at 00:38