Why does the leap second matter?

Did you know the clocks went back on the 30th of June? No? Well, maybe that's because it was only by a second, instead of the usual hour in autumn when British Summer Time ends. 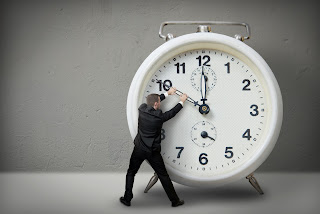 Ever since 1972, scientists have been adding extra time in the form of leap seconds to the clock, to help compensate for the Earth's irregular rotation. Our days are exactly 86400 seconds long, but the planet moves at a rate that's a bit more variable. You probably know that there aren't 365 days in a solar year, but closer to 365 and a quarter. That's why we have a leap day every four years.

Now, you may be thinking, 'that's all very interesting, but what does it have to do with my business?'

There are some downsides to having leap seconds. For starters, most computer software isn't programmed to deal with time appearing to stand still or go backwards. In fact on the 30th, internet access was briefly disrupted in Australia, and the NYSE had to shut down to prevent problems too.

But we think the leap second is a good example of how important accuracy is. If scientists ignored them, or decided to make a year exactly 365 days and never added any extra, it would take a while, but eventually our year would get messed up. You'd have no idea what season it would be in July in any given year. It could be boiling hot on Christmas day.

You can take this message and apply it to how you measure and examine your data - a more precise measurement adds up to a more precise business. Accuracy matters, down to the second.
Posted by Will at 02:46