Will there be an Ikea on your high street? 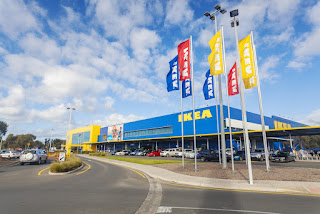 A few weeks ago, we wrote about how Amazon might approach launching a series of high-street shops. Well, it might be Ikea's turn next.

The Swedish company has long stuck to its successful model of having large warehouses out of town, often near motorways or other locations that don't seem much like conventional retail spots. But there are only 18 Ikea stores in the UK and they're worried that this makes them inaccessible for a lot of people. Although the company do offer a delivery service, it's only within a comparatively small area around their stores.

To fix this, Ikea are going to trial a smaller order and collection site at a retail park in Norwich. This follows successful similar models in Spain, Norway and Finland. And Norwich is just the start - plans for having a shop that could fit on a normal high street might not be too far behind.

As with Amazon, a big change in Ikea's business model will require a lot of planning before the first lease is ever arranged.

Ikea has obviously considered expanding its online store and setting up a distribution network to offer delivery throughout the UK and decided that the atmosphere in its stores is an important part of its customer experience. Or maybe they don't feel they can compete with Amazon online. So clearly they've started the process to manage the change, and it will be interesting to see where it will lead.

Our consultant, Artur Oganov, said, 'It's a bold move for Ikea. The idea of having just a few large stores is very 90s. I think their decision reflects a broad trend in retail to move away from large stores that are out of town and back to the high street. The big supermarkets have done it and, while Ikea's model is necessarily a bit different, I think they could benefit too. Maybe the next step will be a chain of meatball cafes!'
Posted by Will at 02:37