Why you should always fix causes, not symptoms

The Greek stock market fell badly again a few weeks ago. It had only recently reopened after a five-week suspension intended to stop huge writeoffs for Greek companies. But the shutdown didn't work. The market lost nearly 15 per cent ($10bn) of its value. 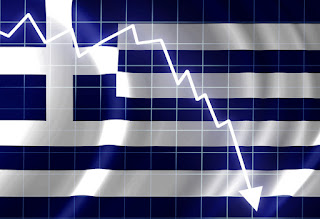 The problem is that a shutdown to prevent losses is treating the symptom, not the cause. Greek companies, especially Greek banks, are bound to be worth less with the Greek economy tanking. If the Greek government really want to save their companies, they need to be bolder.

Our consultant, Artur Oganov, commented, 'They need to get foreign investment. And that's a hard sell for Greece because of systemic problems with their economy. It's interesting that some people have said that a Greece outside of the Eurozone is actually a better-looking investment. I tend to agree. If they leave, they can devalue the currency, and the companies can recover. There's the chance to make a lot of money if people are willing to take the risk of buying now.

'I think you should take the lesson here of trying to fix causes instead of symptoms - that doesn't work in the long run. Always investigate problems in your business processes as deeply as you can and work out what to do there. And always get an expert's help. Protobase Labs are here if you need us!'
Posted by Will at 01:17 3 comments:

ATTENTION: You no longer can change your mobile network provider in the UK

The following horror story comes from our consultant, Artur Oganov.

I don't know if I've been the victim of poor customer relationship management or a strange new marketing strategy.

Let me explain. I've been trying to change my mobile network for about two weeks. If you've ever done it, you'll know the first step is to get a PUK code. This is a PIN number that keeps your SIM card safe, and links your mobile number to a particular SIM. 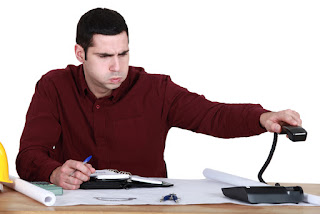 So I thought I'd head down to my local store, get the code and be done in no more than an hour. How wrong I was. The store employees couldn't help me, but they gave me a number to call.

I have called this number. I've called it every. Single. Day. For two weeks. I've called about 10 times a day at all hours, and I've never got through to the department I need. And not just a quick minute here and there, I've been waiting for ages. I must've made hundreds of calls and wasted countless hours.

I've even tried getting around the problems by calling a different department and asking for help. But all they could do is transfer me - more waiting! And all of it with a soundtrack of pop music and periodic messages like ‘we are working hard to improve our network’ and ‘you are now in the queue’. Very tedious.

I began to think this was deliberate. After all, if your customers never leave, your business looks a lot more successful than it is. I'm starting to believe my network think they can string me out long enough to get a few more monthly payments, or maybe even convince me to give up with switching altogether! Not gonna happen.

It's clear that this approach isn't working on me, and I doubt it would work on anyone else. When a customer decides to leave, you need to either convince them to stay with the quality of your service, or else let them go quickly and easily. An angry customer can be worse than no customer at all.

If you've ever had problems leaving Three or another mobile network, let us know in the comments. And help me out by sharing this post so they fix their terrible service!
Posted by Will at 02:30 No comments:

When can words do more than actions?

The Bank of England's Chairman, Mark Carney, has always tried to be open about the future plans for rises to the base rate that influences mortgage interest rates (among others) in the UK. He describes this openness as 'forward guidance', and it's designed to make sure that there aren't any surprises for banks or homeowners which could cause problems in the financial markets. 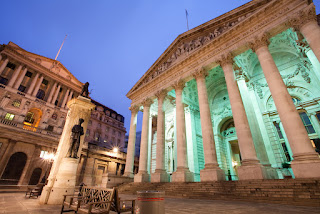 Put simply, Carney says the BoE base rate won't go up until there's less unemployment, income and spending improve and the country is meeting its output potential. The problem with this is that every time it looks like the rate might go up, as these things improve, the banks start to worry and the markets get jittery. This forces Carney and the rest of the Monetary Policy Committee to reiterate that things aren't going to change just yet.

So you see, the fear of potential change is as damaging as any actual change would be itself. This is actually quite a lot like the situation in Greece, where the uncertainty over whether or not the country would get a bailout from the European Central Bank led Mario Draghi to eventually say that the ECB would do 'whatever it takes to preserve the Euro' in 2012. This was a clear sign that he would be willing for the ECB to act as a lender of last resort to Greece and other crisis-hit countries. This was good, because it reduced fears about a Eurozone breakup and Greece's interest payments fell too. The ECB didn't actually have to step in, in the end, but convincing the markets that it would was enough.

Our consultant, Artur Oganov, contributed his views: 'If your business is having trouble, sometimes being convincing that you're going to fix stuff is as valuable as taking the steps to fix it. It can help with problems with your share price or any time people aren't confident.

'The problem with Carney was he moved the goalposts. I mean he said first "unemployment", but then added the other things. And things were meant to change after the general election, but now it seems more likely by the end of the year or early next year. This uncertainty is the big problem, but if he says "the rate will change to 1% on January 1st", then that doesn't help either because the banks price that into everything. He's in a bad spot.'
Posted by Will at 01:43 No comments:

What's different about the five biggest companies in the world?

We're doing something a little different today. We're going to look at the five biggest companies in the world by market capitalization, and examine what they're doing differently to everyone else.

Apple is the biggest name in town. It owes a lot of this success to the vision of Steve Jobs, and the products that made it a household name: the Macbook, iPod and iPhone. It continues to innovate with each passing year, diversifying its range of products but sticking to simple and cool devices that have branding to die for - and a price to match! By keeping a tight lid on the software side of the equation as well as the hardware through market-changing innovations like the App Store, Apple has secured its position as a tech sector leader.

Exxon Mobil is a bit different to the others on the list. It doesn't have a visionary behind its success (maybe John D. Rockefeller, but his contribution is long over!) and it isn't in the tech industry. But it's definitely an innovator. Most of its success has been built on oil, the lifeblood of just about every industry on the planet. However, companies like Exxon are a dying breed. Unless it's able to move away from oil, its long-term future will be limited.

If Apple owes a lot to Steve Jobs, Berkshire Hathaway owes even more to Warren Buffett. The so-called Sage of Omaha has a talent for investing that no-one else seems able to match. He's very straightforward, never investing in anything that he can't personally understand. And he writes every annual shareholder report as if he's explaining what's happened to his sisters, Doris and Bertie. These simple rules have led to a highly diversified range of investments that can weather any storm. The oldest company on the list, Berkshire Hathaway is here to stay - at least as long as its CEO and his simple rules stay in place.

Google is another company that found that simplicity was the best way to work. Its search engine remains at its heart and has barely changed in the nearly 20 years it's been active. Or, at least, the webpage you visit to use it hasn't changed much - the complicated PageRank algorithms are updated regularly so Google is sure it's always providing useful results. After all, that's how they managed to get such a big share of the market in the first place. And it's hard to talk about Google without mentioning Larry Page and Sergey Brin, two of the smartest guys in the industry.

Microsoft is the big rival to both Apple and Google in different areas. It's big innovation was making sure that it cornered the market in terms of software, and pushed hardware vendors to ship computers running its flagship Windows products. Again, you can point to Bill Gates as the innovator who made the personal computer truly personal. Microsoft has moved more into hardware with the XBox and the acquisition of Nokia, with mixed results. But the newly released Windows 10 suggests there's plenty of life left in the company yet.

So what do these companies have in common? There isn't one single thing that unites them all, but here are a few ideas: being built on a solid foundation; having charismatic, intelligent leaders who understand business; sticking to a simple approach that doesn't stray too far from their core business; but, at the same time, holding on to a desire to innovate and keep innovating.
Posted by Will at 02:15 1 comment:

Should expenses be means-tested?

MPs' salaries jumped up to £74k recently. And some of them are still claiming nearly half as much again for expenses. And the same is true of the House of Lords, where peers can claim up to £300/day for attendance, no questions asked - although they aren't paid a salary on top of that. 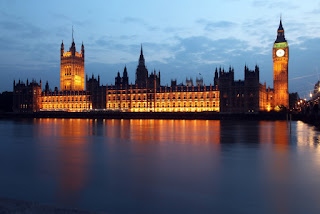 We think this is a classic example of a broken system. If there are people out there claiming hundreds of pounds for short journeys made by car or on foot, the system is clearly being exploited. So we think that the public bodies that deal with MPs' and peers' expenses could emulate the finance departments of large companies. Just as those companies are ultimately responsible to their shareholders, the Members of the two Houses are ultimately responsible to the taxpayer. This means that all expenses claims should be investigated, especially if they're large.

So, should expenses for MPs and peers be gotten rid of altogether? We're not sure. They are paid a lot and there are definitely plenty of MPs from wealthy backgrounds, but there are also people like 20-year old Mhairi Black.

Perhaps means-testing would be a better solution. The expenses system has been a sore spot since the scandals of 2009. If taxpayers didn't feel like they were subsidising the lifestyles of the rich, but that they were supporting MPs from different backgrounds according to their circumstances, they might be happier with it.

What do you think? Let us know in the comments.
Posted by Will at 02:09 No comments: