How black cabs are fighting back against Uber

Uber has been in the headlines again recently. The app has quickly risen to capture a large market share from taxi drivers in London and other cities all over the world. London's black-cab drivers are fighting back, though. They've started offering discounts of up to 30% on journeys of six miles or more at off-peak times - as long as passengers use a new app called Gett, that is. 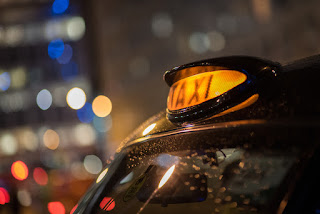 Uber is infamous for charging more at busy times (the much-maligned 'surge pricing') and has come under fire for huge price increases during the recent Tube strikes. Gett, meanwhile, is selling itself on the opposite offer - it'll be cheaper when it's quiet and priced normally when it's busy.

This is an interesting approach by the black-cab drivers. But it doesn't solve the fundamental problem they face - black-cab drivers can't afford to work at the prices that Uber pays. Between training, the cars, maintenance etc. their overheads are simply much greater than those of Uber drivers.

Our consultant, Artur Oganov, gave us his thoughts: 'I use Uber every day, nearly. I can't remember the last time I was in a black cab. The service is the same to me. I could give Gett a try, maybe. But unless it's cheaper, I can't see me using it regularly. The black cabs have to compete on price and convenience, or nobody will use them. A new app is a good idea for convenience, but if it doesn't address price, it won't work.'
Posted by Will at 02:15