How can VW recover from the emissions scandal? 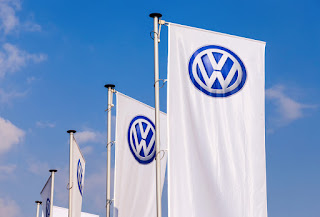 Volkswagen is in a lot of trouble. It faces fines of up to $18bn (£11.6bn) for manipulating emissions tests results. Essentially, VW engineers programmed the software in some of their diesel cars to recognise when the cars were being tested and dramatically reduced the cars' emissions for the duration of the tests. As soon as the tests finished, they went back to their normal high levels (nearly forty times the legal limit) because the lower levels are impossible to sustain during normal driving.

We're not talking about an insignificant amount of extra emissions, either. If the 11 million cars that VW has admitted to rigging were putting out emissions at the higher rate, the extra would be roughly the same as the UK's total combined emissions for all power stations, vehicles, industry and agriculture.

The advantage for Volkswagen is obvious: by cheating the tests, it's able to produce cars more cheaply. Kevin Drum has written a good piece for Mother Jones covering exactly what VW did. We're going to look more at what VW should do to fix the problem.

VW has started well by having CEO Martin Winterkorn apologise. Their US Chief Executive, Michael Horn, has also admitted wrongdoing, saying, 'Our company was dishonest with the EPA, and the California air resources board and with all of you, and in my German words: we have totally screwed up... We are committed to do what must be done and to begin to restore your trust. We will pay what we have to pay.'

But apologies are clearly not enough. Winterkorn has now resigned - he didn't really have a choice. Either he knew about it and was complicit or - possibly worse - he didn't know and was incompetent. Horn and others may well both be forced to resign too. And the fines are, again, a good place to start, but it's possible that VW executives may face criminal charges too.

Our consultant, Artur Oganov, said, 'It's going to take nothing less than a total restructuring of the entire company to restore consumer confidence. VW has a long road ahead of it.'