Sony's latest console, the PS4, has recently dropped in price to match its rival, Microsoft's XBox One.

The two companies have been fighting a war over three generations of games consoles. First the PS2 hugely outperformed the original XBox. Then the PS3 went up against the XBox 360 where they performed roughly equally (although both were thoroughly outsold by Nintendo's Wii). So far Sony is winning the latest battle, outselling both the XBox One and Nintendo's new WiiU. 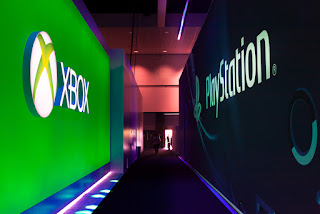 The price wars really started with the previous generation. The XBox 360 was much cheaper than the PS3 until late in its life, mostly because the 360 didn't have a Blu-ray player. Meanwhile, the XBox One was about $100 more expensive than the PS4 at launch, although they've now reached roughly the same price.

Here are the lessons we think any manufacturer can learn from the console wars:

1. Don't jump on bandwagons. The PS3 struggled against the XBox 360 on price. And most of that was down to the integrated Blu-ray player. Now, for a Blu-ray player, the PS3 was really cheap. But it wasn't competing with other Blu-ray players; it was competing with the 360. Beyond that, when the PS3 came out, Blu-ray was still fighting with HD-DVD over what would be the next media standard. This mean many people were reluctant to commit to one side or the other by buying a player. The expense of the Blu-ray disc drive meant Sony ended up selling consoles at a loss for a while - a disaster for any manufacturer.

2. Expand your market. The Wii was such a huge success because it appealed to a much wider audience than its competitors. By focusing only on 'hardcore' gamers, Microsoft and Sony really missed out.

3. Move quickly. The XBox 360 was out for nearly a year before the Wii or PS3. And when the PS3 finally arrived, it wasn't much more powerful or graphically superior than the 360 (the Wii took a different strategy, as I cover above). With great games like Call of Duty 2 at launch and Halo 3 arriving at practically the same time as the PS3, XBox was able to steal a march on Playstation.

4. Innovate. The WiiU hasn't performed nearly as well as the Wii. That's because it doesn't offer much new to anyone who already owns a Wii. The next generation of consoles may end up using VR headsets like the Oculus Rift to add another dimension to the gaming experience.

5. Steal what works. After the success of the Wii's motion controls, Microsoft and Sony followed suit with the Kinect and Move for their respective consoles. This helped them capture some of the magic and wide appeal of the Wii.
Posted by Will at 02:32