What's the best way to phrase your questions?

The UK is going to have a referendum on whether it will remain part of the EU. There was some concern about what exactly the question on the voting paper would say. This made me think about how we phrase questions and how it can affect the answers you get. 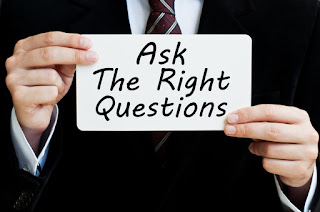 The suggested question was 'Should the United Kingdom remain a member of the European Union?' (with the answers being 'yes' or 'no'). The Electoral Commission, the independent body responsible for election rules, said this was a leading question. 'Yes' is a more positive answer than 'no', and it could have led to people leaning that way.

To look at it another way, it could equally be phrased as 'should the UK leave the EU?'. But it shouldn't be, for the same reason: both phrasings put undue weight on one side or the other.

We think you should phrase all questions you ask people carefully - especially if you're looking to get honest feedback from customers or your staff. If they lead people towards being unduly positive or negative, you won't get accurate results and could miss important stuff.

And you'll find that open questions give you a better understanding of the bigger picture than simple yes or no ones.

Let us analyse your feedback processes and tell you how you can improve them. Call us now.
Posted by Will at 01:50