Why the Chinese government can't save falling stocks

Following on from our story about the Greek stock market crash, we're looking at the Chinese markets today. 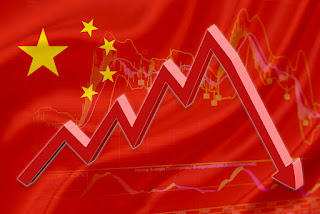 We're going to look at these measures one by one, explain the theory behind them, then offer an explanation of why it didn't work.

The government cut interest rates unexpectedly on the 29th of June. The logic here is the same as it is in the UK, which has had a 0.5% base rate since March 2008. If people can't get a decent return on their savings by keeping them in the bank, they're more likely to spend them on stocks, which should prop up the falling markets. This hasn't been effective because the kinds of people who usually keep their money at the bank are probably quite risk-averse, and the stock market is extremely volatile right now. Shares are too unsafe an investment for these kinds of investors.

Buying stock with the assumption that its value will decrease is called short selling. Basically, you borrow a share, then sell it. Then, if its value falls, you can repurchase it at a lower price then return it to the person you borrowed it from and pocket the difference. That's why it's an attractive option when markets are falling. But short selling can end up driving prices lower because it affects investor confidence. By limiting the number of people hoping that prices fall, the government is trying to stop price falls. But limits on short selling have historically not worked, most recently during the 2008 crash.

On the 9th of July, the government limited investors with large stakes in listed firms from selling for at least six months. Like the restriction on short selling, this is designed to boost confidence because certain stocks will be less liquid and therefore more likely to keep their value.  But the investors with large stakes are naturally still worried that they are going to lose a lot of money because prices keep falling. It's just that now they can't do anything about it! This didn't help because there is still a lot of instability elsewhere in the markets.

This measure is similar to the interest rate cut: if people have extra money to spend on buying shares, that will prop up prices. The government gave out loans of around 1.3tn yuan (£134bn) - a vast amount, but tiny compared to the over 25tn yuan the stock market has lost since June. That's the main reason it hasn't worked; it's just a drop in the ocean.

The renminbi was hit hard in mid-August by a series of devaluations. The Chinese government were trying to improve competitiveness by inviting foreign investment. But the crash in their market has had a huge knock-on effect in the US, Australia and other markets where Chinese companies do a lot of business. Companies there are likely to remain reluctant to invest until the problems in China improve.

The government changed the rules for pension funds, and they are now allowed to invest in the stock exchange. As with some of the other measures, the hope is that having more investment in the markets will boost prices and restore confidence. Unfortunately, pension funds tend to be even more conservative and risk-averse than bank savers. They need to guarantee a steady rate of return, and no stock is offering that right now.

The stock market devaluation is probably symptomatic of a bubble popping in China. It's just a symptom, and all the measures we've looked at are only trying to treat that symptom, not fix its causes. The root causes are to do with overconfidence leading to speculation. And the Chinese economy has been facing a general slowdown, especially in manufacturing and construction - two key Chinese industries - for a while.

This is likely a simple market correction and government attempts to fix falling markets by using so many measures so intensively may, in fact, have made things worse by knocking investor confidence and making them believe the situation is more serious than it is.
Posted by Will at 02:13